Depression: The Little Black Dog and the Wisdom of Walt Whitman 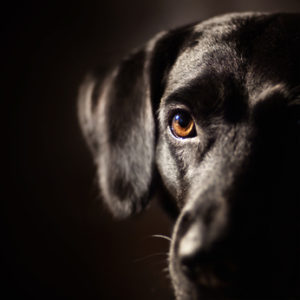 Working with a client, I call Lilla here, who had a very hard time deciding that life was worthwhile living, I was struck by the incongruity of her beliefs about her place in the world, as she has many talents. She is an extraordinary artist, who turns everyday artifacts into masterpieces. She soon influences everyone she comes into contact with; her enthusiasm and her abilities are contagious. Yet, she is pursued by a relentless depression which tells her she is worthless, nothing she does has value, and life has no meaning. In the midst of her depression, she is unable to do her art. She has battled this depression for many years and now has no illusions it will go away.

Winston Churchill called his depression “my little black dog”–faithful, always a few steps behind; sometimes closer, other times further away. Like my client’s depression, Churchill’s never really went away. He too was an artist. He was able to live a creative and deeply influential life even though, at times, his depression seemed overwhelming. It took the leadership of someone who knew his way around in the night-time of the soul to give direction to a country facing a very dark time in the midst of the Second World War. He served as a guide for others through the fear, sorrow, and pain of a difficult time.

The ancient Egyptians too knew about darkness. They had complex manuals of how to proceed during the night, like the Amduat, a book written not just for the dead but for the living too. Found carved in tombs, it was a detailed guide on how to traverse the incredibly difficult challenges that one faces during the 12 night-time hours. The Egyptians knew that the sun does rise again, but the night is no cake-walk and the harrowing journey must be repeated each day. Along the ancient Nile the night was an extremely dangerous time, when all manner of wild animals and natural events threatened. Yet with a guide, symbolized by Ra on his journey, life’s night times becomes more bearable.

For severe depression, I have come to see that my work is helping clients gain the skills to life through the dark nights rather than deny or try to change their reality. It certainly has not helped Lilla try to out-think, out-reason, or out-strategize her depression. And to then be blamed, by doctors and other helpers, for being not compliant when none of the treatments worked was a further blow to her self-esteem. Such attitudes speak more to the insecurities of the advice-givers than to the client.

The poet Rilke said, “If my devils are to leave me, I’m afraid my angels will take flight as well.” In some ways, depression seems connected to creativity. I would never imply that depression is necessary or even deserved, but it does seem to exist among some gifted people. There are no doubts that depression is hard to live with, though. We often want a magic pill to make it disappear and be no more; we want it to really just go away. Not that it can’t do that for some, but for others it is like the persistent little black dog, always returning. As for my client, she has tried many different medication regimens and modes of counselling over the years with little success.

Deeply struck by the fact that she truly felt she had nothing to offer the world, a few weeks ago I shared one of my favorite poems of Walt Whitman’s–Oh me! Oh Life! She listened quietly and ended the session early. It seemed to help, as the next day she said she was back at her art, a few scribbles albeit but it was progress. Over the course of the next few weeks, we worked on a way for her to see her depression as part of her life and her creative process; not necessarily welcome but something to learn to see her way around in. This ability gave her a little movement. By not being entirely identified with the depression, she was able to allow a sense of purpose into her life which was not tied to having the depression disapear. She used visualization to see her way around in the dark feelings as well as to see what lay beyond its boundaries. A sense of the ineffable mystery of being certainly pervades her art now, and she is learning how to borrow this feeling when she feels engulfed in troublesome feelings.

With some clients, it behoves the therapist too to learn how to sit with the dark. Working with Lilla required me to be very honest with myself, with my own agendas and limitations. In some ways, the poem marked a shift for both of us. It marked my acceptance of her reality that her depression might never leave fully. For her indicated that she could still have purpose within a depressed state of being.

O ME! O life!… of the questions of these recurring;
Of the endless trains of the faithless—of cities fill’d with the foolish;
Of myself forever reproaching myself, (for who more foolish than I, and who more faithless?)
Of eyes that vainly crave the light—of the objects mean—of the struggle ever renew’d;
Of the poor results of all—of the plodding and sordid crowds I see around me;
Of the empty and useless years of the rest—with the rest me intertwined;
The question, O me! so sad, recurring—What good amid these, O me, O life?

That you are here—that life exists, and identity;
That the powerful play goes on, and you may contribute a verse