The Inside Connection: How Emotional Shifting Helps Couples Reconnect 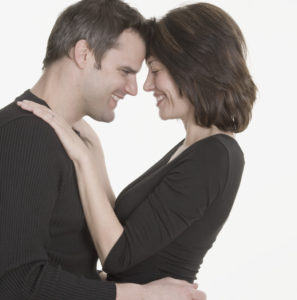 In his book Tinker, Tailor, Soldier, Spy, author John le Carré describes the hunt for a high ranking mole, a secret counter-agent who wreaks havoc on the plans, relationships, and functioning of the British Intelligence Agency. The main character is actually processing his relationship with his wife throughout the book, and the symbology of spy, counter agent, and relationship interruption reflect the reality of couples in crisis. Couples can become stuck in a cold war when emotional connection is sabotaged by an inside element. A détente may be achieved to keep the peace, but it is an uneasy calm, interspersed with character assassination, evidence gathering, and a return to the same stuck patterns. In le Carré’s story, the counter agent operates within the main character’s most intimate relationship. For real-life couples experiencing conflict and distance, the damaging element is also very close; it is the negative emotional patterns that take on a life of their own and sabotage a couple’s ability to reconnect. In my work as a marriage and relationship therapist, I have found a specific quality of emotional shifting to be key in moving past stuck patterns to a warm and mutually satisfying connection.

There is nothing like conflict within an intimate relationship, unless it is conflict on an international scale. Your most intimate relationships make you vulnerable, for another has access to your highest level “data”—your innermost thoughts, fears, hopes, and desires. When conflict occurs, you can feel indignant about how your partner seems to misuse or misinterpret the most sensitive parts of your inner life. Individuals in a relationship may feel misunderstood or unheard about a specific issue at the start of conflict, but the subsequent sensitivity and reactivity both partners engage in fuels anger and emotional distance, and begins to take on a life of its own. Couples can become stuck in repetitive patterns of conflict and withdrawal because of how they try to solve the issue of disconnect.

The way past the not so merry-go-round of emotional conflict, withdrawal, and disconnect is to use emotions to deal with emotions. In relationship counselling, I carefully follow a couple’s process and note where the emotional connection goes off the rails. I bring a couple back to the point of derailment and help create a pause, which allows them to gain understanding of how they each engage in patterns that generate emotional disconnect. I call this work Emotional Shifting—creating psychological space so that a certain quality of emotional awareness can manifest, one which allows couples to see how their reactivity fuels negative patterns. Timing, empathy, and the right words help create this space. The challenge is maintaining it, as reactive patterns have a gravitational pull which can be hard to move away from.

The pull of entrenched patterns is strong, and it takes gentle, persistent coaching to consistently pause, reprocess, and reengage in positive connection. There is much back and forth individual-couple work at this point, as partners learn how their personal “culture” influences how they react, which in turn influences their partner. The right tool can help with this critical step. Examples include Gestalt activities, perspective switching, end-of -life review, and others. We repeat the work until emotional shifting becomes easy to do, and a couple sees they can reconnect. Then, disagreements do not become such emotionally charged events. Once the emotional saboteur (the pattern of disconnect) is exposed, disagreement can be seen as part of life, an opportunity to hear and value another opinion and move to common solutions. A sense of emotional security arises when a couple sees that their relationship can weather disagreements. Couples move from feeling their partner is the enemy to seeing that the pattern of disconnect and emotional reactivity is.

Emotional reprocessing is a guided interchange which allows primary emotions to be seen and heard. This work can change the tone of an interaction, as underlying emotions transform and are refined when they are not channeled into negative patterns. In le Carré’s novel, finding the name of the inside agent is the solution. The same is true in counselling; once we name the patterns and understanding is gained through emotional shifting, the negative energy caught up in disconnect dissipates, leaving room for a couple to choose different ways of interacting.

Le Carré’s main character is called “Smiley”; a good emblem for how couples feel as they learn to shift and reconnect when things start to go sideways. Eventually, couples learn to do the shifting themselves, pausing and reprocessing interactions as they occur. They can then get their connection back, even after something annoying or unexpected occurs. In international politics or between intimate partners, it’s all about the connection.