Screaming Out Loud: The Change Process and Dealing with Trauma Nightmares 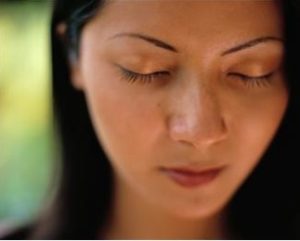 You’re braver than you believe, and stronger than you seem, and smarter than you think. –Christopher Robin to Winnie the Pooh

How have you experienced significant change in your life? Often, change is an incremental process of small steps over an extended period. At times, however, change can be more dramatic, with a single event serving as catalyst for a significant reorganization of life. In the background may be years of slow and steady steps, and following is usually a long process of integrating change into one’s life. Nonetheless, big change events are important, acting like heraldic emblems to which we return again and again to gain motivation and strength. I recently worked with a client who experienced a significant change, coming, of all places, from a dream.

Trauma affects a person at multiple levels, including sleep. Sleep is the body’s recovery factory, when essential systems grow and repair. Yet, sleep can be a conflicted time for trauma survivors because of detailed and painful nightmares portraying aspects of the original ordeal. A few years ago, I worked with Carrie (her real name and details have been changed), a young woman dealing with traumatic nightmares. She was a survivor of severe sexual abuse and, although she sought counselling for many years, she could not shake her sleep issues, which were affecting her waking life. She had tried Sleep Restriction Therapy for insomnia but the nightmares interrupted even the little sleep allowed in this form of therapy.

Carrie described her most troublesome nightmare, a recurrent image of creepy, distorted men, monsters really, hiding in her closet as she sat on her bed, waiting to attack her as soon as she slept. As she became sleepy in her dream, things began to move around the room and the dark figures began to emerge. All she had to do was shout for help, for she knew her mother was on the other side of the door, but she was paralyzed with fear and her voice would not cooperate. When she realized she could not scream, the shadows moved closer. At this point, she usually woke up in a cold sweat and could not get back to sleep without medication, and even then her sleep was intermittent.

One way of working with trauma nightmares which has realized positive results is Imagery Rehearsal Therapy (IRT). With IRT, nightmares are worked with much as a director works with a script. Subtle changes or additions are made in order to transform the negative emotions generated by the original dream. The dream ends differently or brings about a new realization, and it becomes less traumatic. Negative assumptions from the dream are noted and, through rescripting, positive ones are generated. This work can help resolve inner conflicts about the original trauma which the dream may represent. One can rehearse the altered dream too, as a form of exposure to the images. Carrie worked for a few weeks trying to gain a sense of mastery over her night-time terrors but she felt that the original dream had an inherent wholeness and integrity which she could not change. Something more was needed to deal with the strong images.

James Hillman, founder of archetypal psychology, advised sticking with a dream image to see what it has to say in its own right, rather than ignoring, discarding, or interpreting it. An image has an intelligence of its own, and discerning this can be helpful in working with nightmares. The most prominent image for Carrie was not the dark figures but of her being unable to scream. She felt helpless and vulnerable, just as when she was as a child. The image, she said, “is saying, ‘I want to scream; I need to scream’ but I can’t. I don’t even think I could scream now.” Stephen Aizenstat (in Dream Tending) describes creating a “dream medicine,” an imaginal substance which can help a dreamer deal with an issue represented in a dream. This “medicine” is a way of assisting the change process, helping a dreamer move psychologically from where they are to where they need to be. Using a visualization to add a medicine, Carrie saw herself in the dream screaming. She said, “That’s not quite it; I think what I need is a real scream, right now, but I don’t think I can.” I suggested she close her eyes and see herself again at the point where she could not scream, this time seeing her awake self beside the image on the bed. She tried and let out an almost inaudible sound. A second and third scream were louder. On her last attempt I felt the back of my neck prickle as she let out a long bloodcurdling, ear piercing “wake-me-up and get me outta here” shriek. She screamed until she ran out of breath and, exhausted, left after a few words.

Two days later I had a voice message. She had stayed awake until 3 or 4 in the morning and then entered into a long, deep peaceful sleep, sleeping till late the next afternoon. It was her first peaceful sleep in years. At our next session Carrie described what happened. When she screamed, she said she saw the shadows disintegrate into black tarantulas, centipedes, snakes, and other creepy crawlies, which flittered into the corners of her room. They were not scary in themselves as she knew what they were and where they were; they were not “stuffed into my closet.”

It turned out her scream was just the medicine the dream needed. In the weeks that followed issues tied to the image of being frozen started to emerge. Part of her healing was knowing that it was okay to have disparate parts of herself—the nightmare images, negative memories, and the joys of being alive. She did not have to repress, get over, overpower, be proud of, assimilate, resolve, or wallow in the images; just to let them be. She made a brilliant art piece to symbolize this, with multiple faces, like a knights emblem from the middle ages. Carrie’s nightmares all but disappeared, and when she did have disturbing dreams they were not so ominous. She revelled in being able to sleep a whole night through.

W. H. Auden said that a dream is “a meal at which images are eaten. Some of us are gourmets, some gourmands, and a good many take their images precooked out of a can and swallow them down whole, absent-mindedly and with a little relish.” Much as adding the right spice to can create a perfect dish, adding the right medicinal quality to a dreamer can help transform a trauma nightmare into a healing experience.