Moving Forward by Stepping Back: How Taking a Break Can Improve Relationships, Parenting, and Your Ability to Tolerate Stress 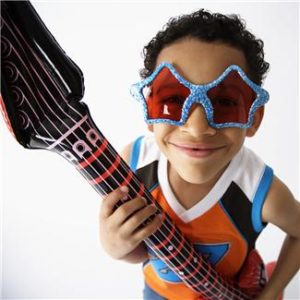 “Musick has Charms to sooth a savage Breast.” –William Congreve

In Canada during the late 80s, a brief health-oriented commercial break was broadcast during regular television programming. In the “Body-Break, ParticipACTION” clips, a male-female team (who later married) offered quick and easy tips for healthy living, including breaks from TV encompassing stretches, exercises ,and healthy life-style choices. These clips were good reminders to reconnect with the world around me, and I found it refreshing to get out of the trance, or automatic routine. Taking a break is also a key ingredient in healthy relationships—the ability to step back and regroup when emotions run high and you get stuck in reruns of the same negative patterns.

In relationships, parenting, and when dealing with life stress (including addictions and compulsive behaviors), your mind can become overwhelmed and switch to instinctive reactivity, what John Gottman calls “emotional flooding.” A certain threshold of emotions is the trigger for the survival instinct to take control; the fight, flight, or freeze reaction takes over and the thinking brain is overruled. Some people become upset and argue (“fight”); others withdraw (“flight”); others go silent, feeling hurt (”freezing”). For some, a sure sign of flooding is yelling, storming out, or sudden name-calling–all attempts by the survival instinct to stop the interaction because danger is sensed. Communicating does not usually go very well once one or both people are flooded as this instinctive reaction is meant for life or death struggle ,not the demands of relationships. A common cause of flooding for couples is an emotional discussion, an argument that gets heated (feeling like a personal attack). The problem with flooding is that, if it happens often enough, you can become hypervigilant, seeing any comment your spouse makes as a personal attack. The more vigilant you become, the more minor issues can set off an argument, increasing the confused, overwhelmed feelings. A self-fulfilling loop is created as you then look for signs of “attack,” when normally you might ignore comments, looks, or thoughts. This negative feedback loop leads to re-writing your relationship, seeing the exception (your wife goes out one a night a week with friends) as the rule (“You always go out, you’re so selfish!”) and ignoring relationship repair attempts. It can also lead to rewriting your past–looking back in time and reinterpreting past memories to reinforce current feelings (Gottman). When the survival instinct takes over, nothing is sacred.

Recognizing cues (becoming silent, fuming, clenching teeth, becoming critical of your partner, using “always” or “should,” being unable to let a comment go) is the first step. From here, stepping back and taking a break in order to regroup a short time later can make the difference between being stuck in what Sue Johnson (of EFT–Emotionally Focused Therapy for Couples fame) calls the “demon dialogues”—an escalating cycle of negative, critical, and contemptuous engagement (like name calling), and a healthy disagreement which allows couples to air their complaints. Taking a self-soothing break will help you reconnect emotionally. It is not about avoidance, stonewalling, or never talking about sensitive issues. Rather, it is a recognition that no real talk can occur when two people are escalated emotionally; calming is needed in order to return to emotional connectivity. Then you can talk.

Approaching your self-soothing break the right way is essential. If you take a break and simply replay what was said and how your partner offended you, you will return to your spouse just as tense and upset as you left—ready to defend yourself, attack your partner’s ideas, or be hurt. Instead of seeing your partner’s tone, words, and body posture as a personal attack, see it as “underlining”—as a way of strngly emphasizing what he or she is feeling (Gottman). This shift in understanding means that even if there are zingers (“Go ahead and walk out, you never change”) it does not mean you are being treated like a doormat and thus need to defend or attack (cue the instinctive reaction). Instead, see you partner as making an emotional statement which you want to hear but need to take a break first in order to deal with the flooding.

Guidelines for taking a calming break:

It is hard to learn where the exits are when a fire hits, which is where fire drills come in. It is hard to think of how to respond appropriately when defensive, hurt, or critical. Select a few options you can readily use and practice beforehand so you and your partner are both comfortable with the route.

Suggestions for taking a break:

A few years ago I worked with a couple in their eighties who were retired musicians. In the course of their marriage they had developed a great calming strategy: getting out their instruments and playing. One would listen while the other played; this break allowed them to reconnect positively later. As they aged, arthritis made this strategy frustrating, and their arguments began to escalate, leaving them both feeling upset and confused. I helped them find a similar way of taking a break and regrouping by watching music videos on the internet. It worked well for them. Finding your own unique pattern for calming when emotionally flooded is the goal. Watch the video below, Beethoven’s 5 Secrets by ThePianoGuys, and see if it helps you soothe when flooded: